10 Daily Habits to Set You Up for Success 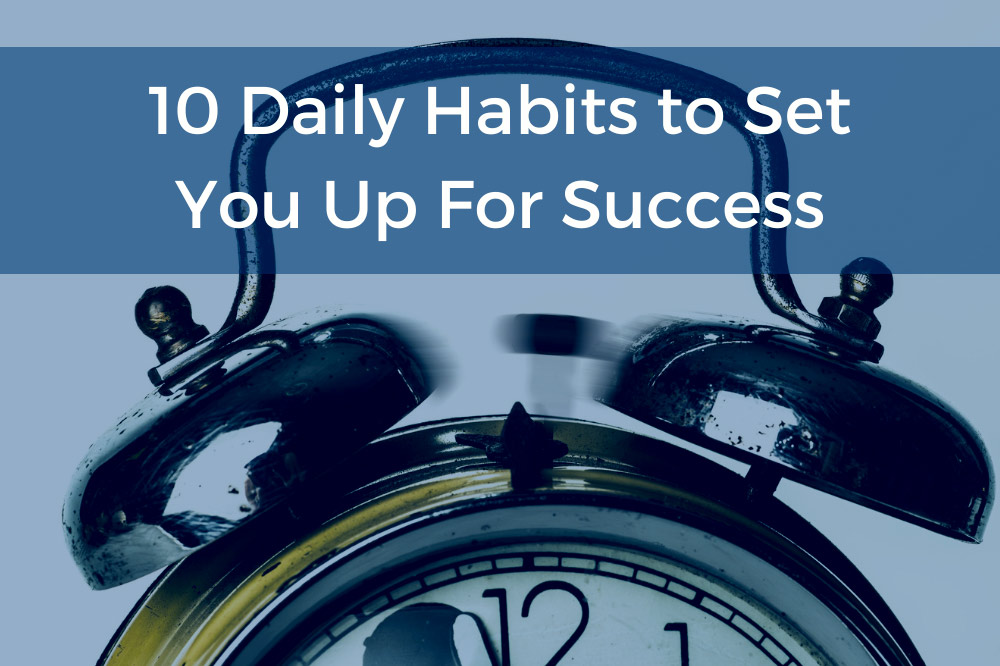 Wake up. Get dressed. Get shit done. Repeat daily habits.

Now sprinkle in there kids, errands, social life, side hustles, meetings, meals, and about a million other “little” things that all add up to one big to-do-list-kind-of-day. Whew!

As a go-getter, my list of things to do is never-ending…and I like it like that. I pride myself on my work ethic and my ability to work on a lot of things over the course of a single day.

And no part of my day is as important as the first two hours.

Some of you might know that I recently joined the 5am Club. The concept of waking up and killing it was not new to me, but after having my kid, I definitely let that morning productivity slip away. And I noticed it. I really noticed it.

Of course, I was expecting a lot of things to change after I became a parent, especially since I run multiple companies and am a sole parent. But after the first couple of years, I took an inventory of what I was really getting accomplished and how I felt about it. I wasn’t pleased, to say the least. This realization, however, was just the swift kick in the butt I needed to make a big change in how I scheduled my day and daily habits.

The first two hours of the day are my life’s blood! And because I want to see you succeed and show you how just making a few mindful changes, first thing in the morning, can really set you up for success, here are my favorite morning daily habits, in order (because obviously, I schedule everything!):

1. Wake up early. I know, groan! If you told me even one year ago that I was going to willingly wake up at 5am to work, I would have told you to stick it where the sun don’t shine. Sleep is a precious commodity these days (heck, all the days).

Of course, the trick is to know how much sleep you need and when you need to go to bed in order to achieve that desired sleep level. But the other less talked about, trick is to get excited about why you are waking up.

Have you ever planned a vacation with a 5am airport departure? Did you miss your flight? Probably not. You wanted to go on that trip—you were excited about it—and suddenly waking up early wasn’t such an imposition after all.

The same goes for planning your day. If you are genuinely excited about what you are going to do, or what that time will do for you overall, you will have fewer and fewer issues with waking up.

Still not convinced? Try setting your alarm clock for just ten minutes earlier over the course of several weeks and you won’t even miss the snooze button. And be sure to drink a big glass of water (no, coffee doesn’t count) right when you wake up so you’re body can reset and rehydrate. 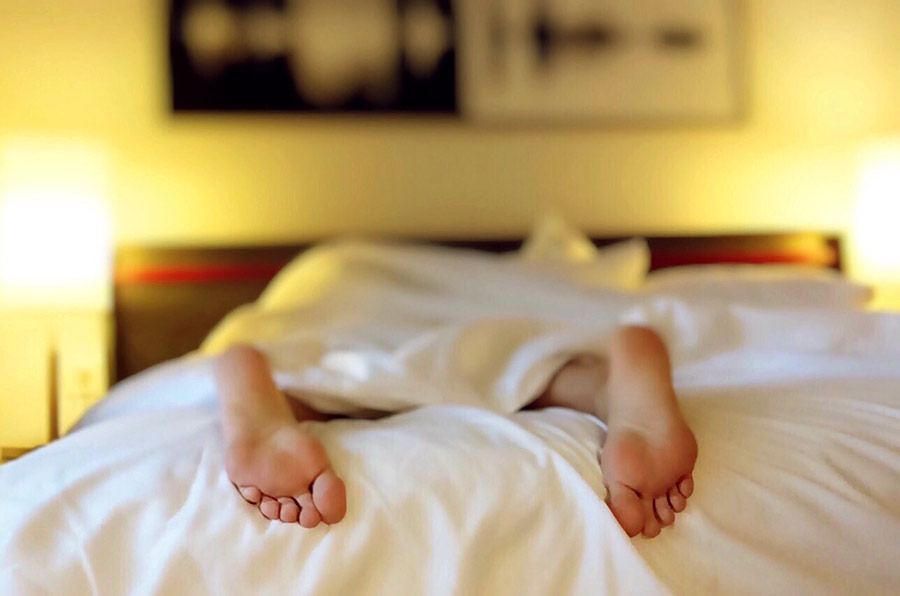 2. Make your bed. It might seem an antiquated notion, but I make my bed every day. No, I was never in the military, and I didn’t have a neat-freak mom; it’s just something I do.It is true that I am a self-proclaimed OCD, crazy-pants, but making the bed isn’t just about how lovely it makes the room look (oh, but it does look so good).

Making the bed is about starting my day with an accomplishment, no matter how small. It sets the precedent that every task I set for myself will get completed. You’d be surprised how even the littlest “win” can make the day seem better. And yes, there are days when it seems like that’s the only thing I got truly accomplished, but hey, I did it! 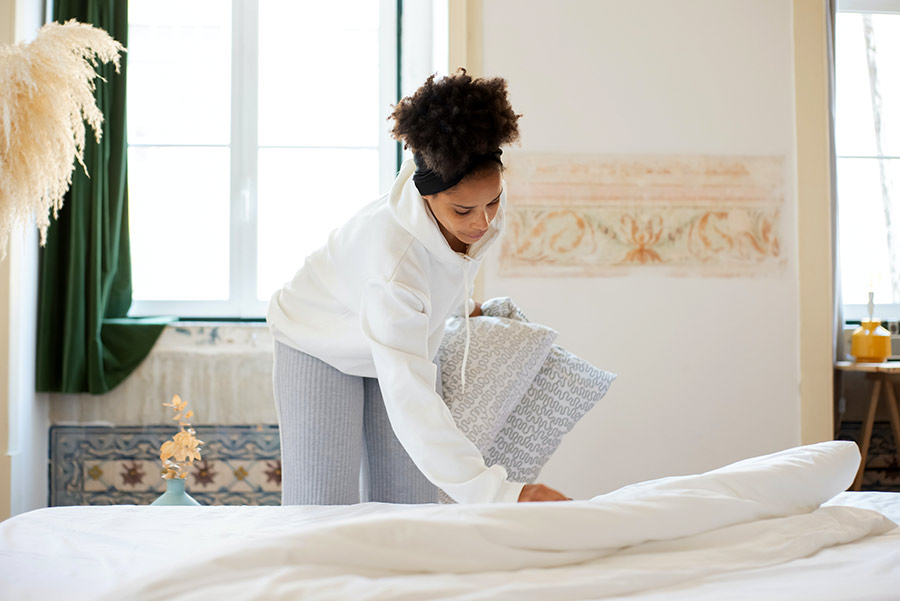 3. Workout. Not just because we all need, it but because we all know how ineffective “I’ll do it after work” really is. There are a million other things that can come up over the course of a day, and even the most well-intentioned exerciser can find that 5:00, 6:00, 7:00 hour slipping by without the smallest semblance of sweat breaking out over their brow.

Working out should be a TOP PRIORITY. I don’t care if you prefer bootcamps, yoga, or underwater basket-weaving as your preferred sweat method, working out is incredibly important and rewarding. Some of my best ideas have come while on a walk.

Moreover, working out is something you do just for yourself. Not for a client, not for a spouse, for you. And your body and mind will thank you with increased focus, reduced stress, and so much more. So wake up and workout…one of the best daily habits. Go! 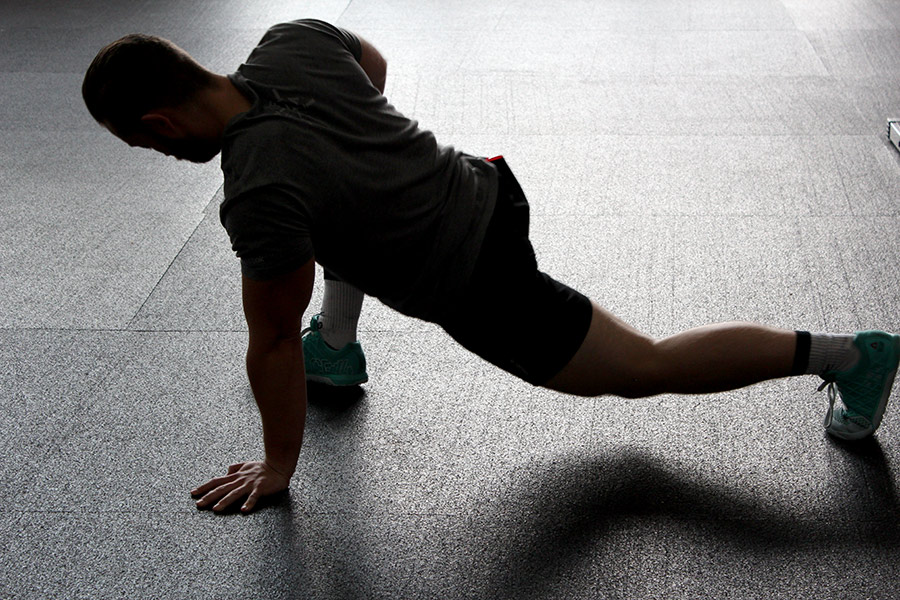 4. Shower. If you just worked out, you’ll need it. No one wants a stinky friend.

But also, a good shower, hot or cold, will wake you up further and get the circulation going.

5. Meditate. I’ll be the first to admit that this is a woo-woo concept. I hate woo-woo (at least I always thought I did).

I was raised in a very no-nonsense, strict, realistic household. It wasn’t that we looked down on the woo-woo, it just wasn’t something on our radar.

Years later I became a certified yoga instructor and there were all kinds of required reading on yamas and niyamas, meditation, chanting, and so much more. I went to yoga festivals and took classes specifically on meditation, mostly because I subscribe to the concept that if you hate doing something, often it stems from not understanding it, or not being very good at it (one of the reasons I hate jumping lunges–I suck at them and my knees have proclaimed that I am no longer twenty, which I also dislike, at least from a physical standpoint).

The point is, I still hated it. So why am I telling you to do it?

Because meditation doesn’t have to be sitting quietly on a pillow while contemplating the meaning of life. It doesn’t have to be anything more than taking a few quiet minutes to yourself with no distractions like emails or to-do lists. It means breathing deeply and appreciating the day before it has even begun. It means taking mental inventory.

Meditation is a place of stillness and we all need that. Try it and see what I mean.

6. Say your affirmations. Oh, geez. Another woo-woo one, but hear me out.Affirmations to me are just reminding myself why I do what I do. And by saying those dreams aloud, my mood is always, always elevated. Here are a few of my simple favorites:

Etc, etc. I read that list to myself and aloud all throughout the day. It always puts a smile on my face. 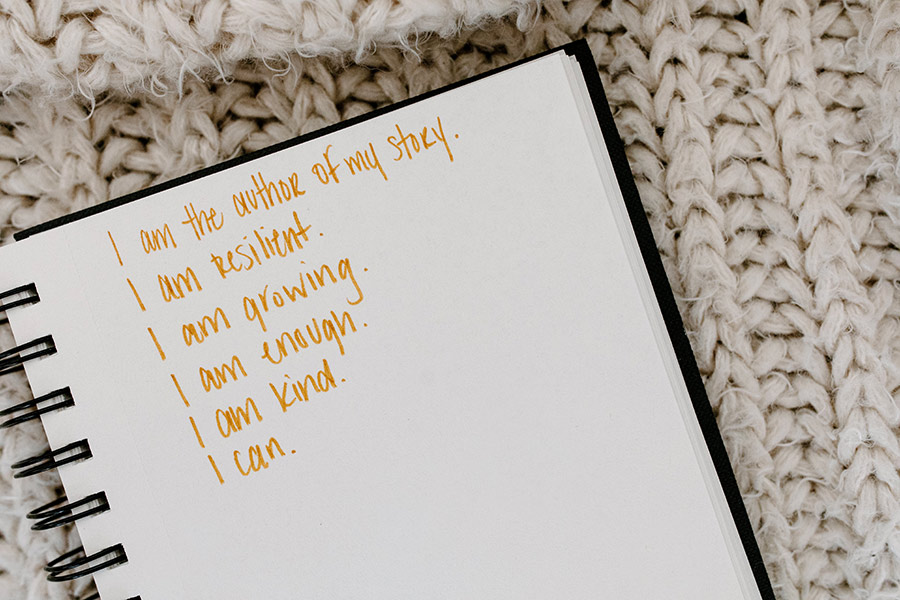 7. Consult your vision board. I thought you said you weren’t “woo-woo.”I get it, I sound woo-woo to the max right now. But just like I like to look at a beautiful sunrise, I like to look at the beauty I am creating in my life. I don’t believe that putting a picture on a board will magically get me what I want, though ask me about the fire my vision board caused back in 2012…

My vision board is divided into sections (yep, organized sections) like career, family, health, etc. Each section gives me a visual “why.”

Why am I working so hard? Why did I lift more weights today? Why did I research schools for 2 hours? Why? Why? Why?

A vision board, to me, is a picture of my future. And the future looks good with daily habits. 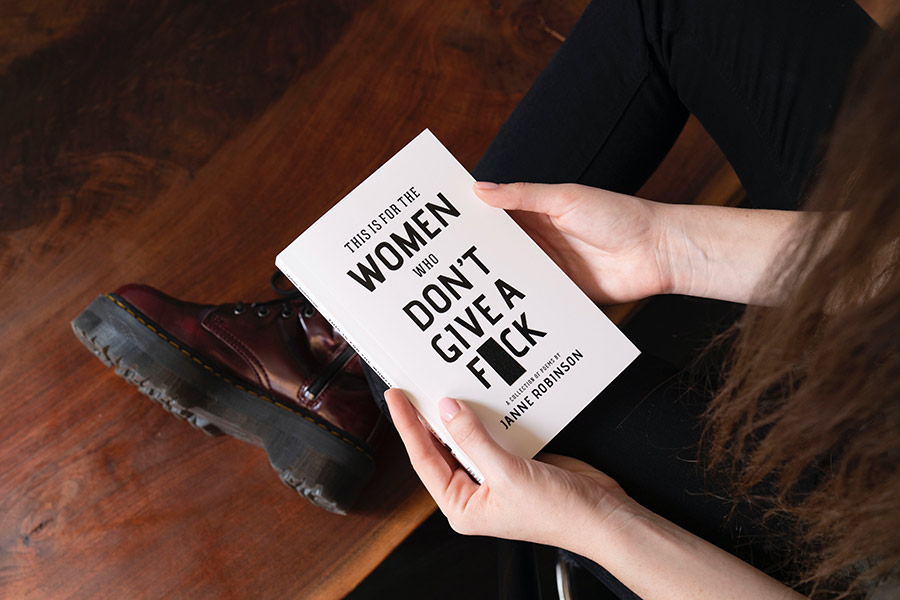 8. Better yourself. Specifically, read seven pages of a non-fiction book every day. This is one of my favorites and I never miss a day!

Why seven pages? Well, five is too few to get into it and ten isn’t always doable. But most people have time for seven solid pages of education.

Expand your knowledge of tax codes, become a better leader with a motivational series, perfect your backswing with sports theory. What you choose to read is up to you, but it has to be non-fiction.

Starting your morning with some mental growth is one of the best habits you can do for yourself. It takes discipline, but no one regrets learning something new. 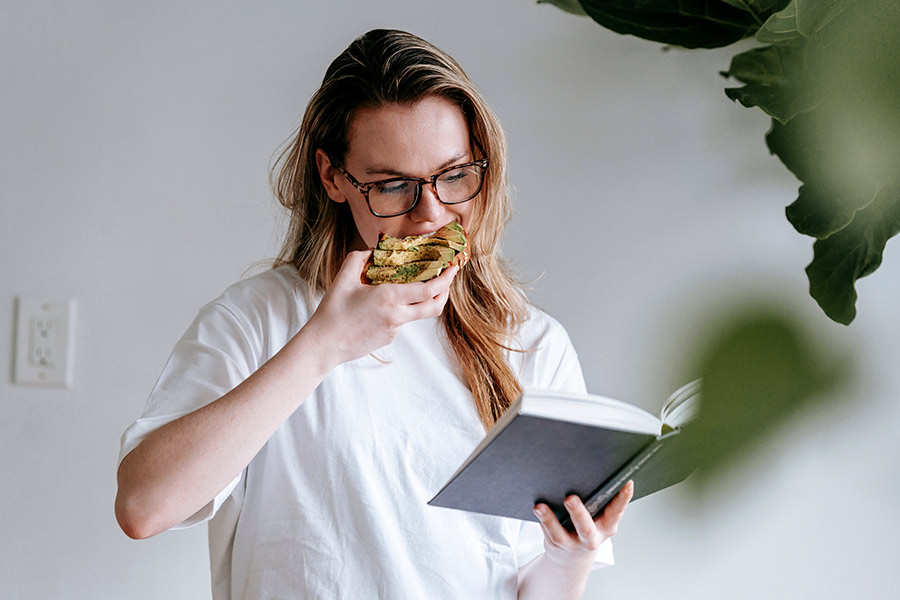 9. Eat breakfast. You’ve heard this one before. “Breakfast is the most important meal of the day.” It may be a cliché, but it’s still the truth. Scientifically, eating breakfast (aka breaking your fast) replenishes the nutrients you need to supply energy to your body and mind.

But not just any breakfast, a good, healthy one. Don’t get me wrong, pancakes, bacon, and a mimosa (or four) are fabulous every once in a while, but what your body is craving in the morning are nutrient-dense foods that will fuel you until lunch.

Some of my go-tos:

But most of all, listen to your body. Everyone is different and you need different things, but we all need food to live. 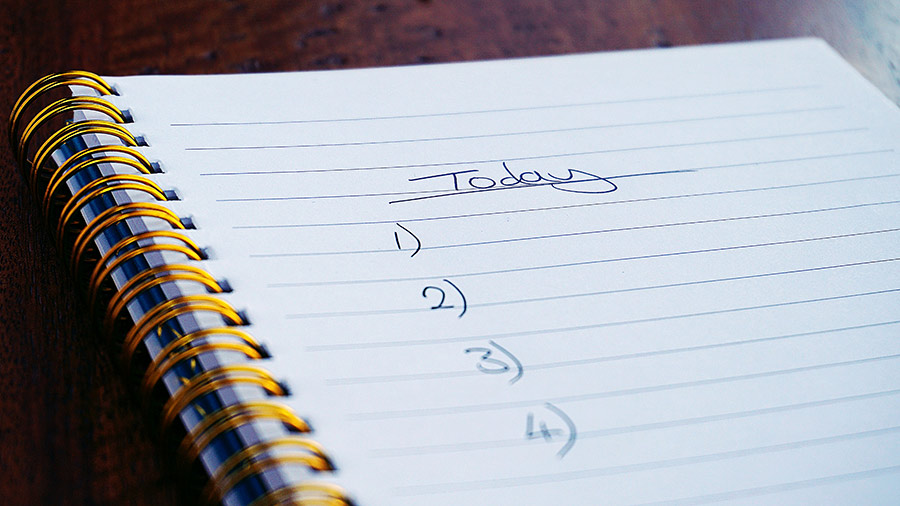 10. Consult your to-do list. Now, after steps 1-9 are complete, I hunker down and consult the to-do list I made the day before.

It’s easy for the day to get away, but my to-do list keeps me on-task and working hard, especially when I find myself with a few spare minutes and I’m questioning what I should be doing.

The list of daily habits is gold and there is nothing like the feeling of crossing off item after item on a particularly productive day. So satisfying!

By reading this list you might feel that I have these long, leisurely mornings to myself. Ha! Far, far, far from it. Truth be told, there are many mornings I accomplish this entire 10-step process in the span of 15 minutes (and yes, sometimes I change my order—this is just my preferred order).

Imagine this scenario: you wake up, late, and you need to get out the door, with your kid, in 20 minutes. Your daily routine might look like this:

It might have been a shit-show, but you did it. No excuses with daily habits.